The Age of Sail was roughly the period from the 16th to the mid-19th century when naval warfare and international trade were dominated by sailing ships. In those times illness and accidents were by far the main cause of mortality among sailors, significantly outnumbering deaths due to warfare.

A study of 5183 deaths by the Royal Navy in 1810[1] revealed 81.5% were ascribed to these causes whereas only 8.3% were secondary to enemy action; the remaining 10.2% were miscellaneous factors.

Sailors’ diseases
Life on the high seas was hard and demanding, with few pleasures or distractions. As Bown[2] states, “sanitary conditions aboard ships were as bad or worse than the filthiest slums in London, Amsterdam, Paris, or Seville. The cramped, stifling, congested forecastle where the crew slept was dark and dingy. The air was clouded with noxious bilge gases and congested with the sweet cloying reek of rot and sweat.”

Such conditions created a fertile breeding ground for respiratory and gastrointestinal infections that could spread easily through the crew. Also, the infected clothing and filthy bedding allowed the rapid spread of ty­phus, which carried a high mortality. The other main infectious diseases of sailors were tuberculosis, dysentery, malaria, yellow fever and STDs—especially syphilis.

Although the origins of syphilis have been debated for centuries, there is no doubt that its spread was greatly increased by sailors traveling to distant lands. Its protean manifestations and different clinical stages made it very difficult for physicians to compre­hend.

The virulence of syphilis reach­ed its peak in the 16th and 17th centuries; it is estimated that “by the end of the 19th century… 10% of the population of Europe had syphilis.”[3]

Other conditions very common among sailors were nutritional deficiencies such as pellagra and scurvy. Scurvy, manifested by swollen, bleeding gums, joint pain, generalized bruising, loss of teeth, fatigue, discomfort, and poor wound healing, was a major scourge in the Age of Sail.

Scurvy continued to decimate seamen despite that fact that remedies for its prevention were known as early as 1601 when Captain James Lancaster observed a lack of scurvy on his ship supplied with lemon juice while the other three ships in his expedition without juice had numerous deaths from the disease.[4]

In 1747 Dr James Lind carried out his famous experiment on board HMS Salisbury in which he also demonstrated the curative powers of fresh citrus fruits against scurvy.[5] However, it was Dr Gilbert Blane who finally convinced the Ad­miralty to supply naval ships with lemon juice and thus dramatically reduced the incidence of this devastating disease.

The Surgeon’s Mate
The first therapeutic manual for Bri­tish naval doctors was The Surgeon’s Mate by John Woodall (1556–1643), surgeon-general to the East India Company. Written primarily for nov­ice surgeons, it contained a detailed inventory of the medicines and instruments required for treating emer­gencies at sea.

His treatments were mostly herbal in the form of plasters, ointments, salts, oils, elixirs, and laxatives, but he also used minerals including antimony, copper sulfate, lead carbonate, zinc oxide, and several salts of mercury.

For surgical techniques such as am­putations, suturing, cauterizing, and disimpacting, his “surgeon’s chest” contained about 100 instruments in­cluding various knives, razors, saws, forceps, probes, spatulas, and syringes. He was very proud of his spatulum mondani, which he designed for severe cases of impaction.

Also, Dr Woodall had his own special recipe for the important analgesic laudanum—which contained about 25% opium. Cleverly he called it “this laudable medicine,” and avowed that “If were upon my life tomorrow to undertake a voyage to the East Indies in any great ship I would renounce all other compositions of that kind whatsoever rather than miss it.”[6]

Vancouver’s great expedition
Britain’s interest in the Pacific Northwest increased considerably in the late 18th century when it realized the area’s potential as a commercial and strategic centre. Based upon previous exploration, the Spanish had laid claim to vast areas of territory, which the British found unacceptable.

The dispute centred around Nootka Sound, which at the time was the main port of the northwest coast. Direct conflict was avoided when the two countries sign­ed the first Nootka Convention in October 1790. However, the situation was far from clarified, and the Admiralty decided that something had to be done to resolve this issue.

In April 1791 Captain George Vancouver (Figure 1) sailed from England with 153 men on two ships, the sloop HMS Discovery and the tender HMS Chatham. In addition to resolving the dispute with Spain over ter­ritorial rights, Vancouver was also charged with the task of surveying the northwest coast from Washington to Alaska and settling the question of the existence of a northwest passage from the Pacific to the Atlantic.[7]

After traveling to South Africa (Cape Town), Australia, New Zealand, and Tahiti, the expedition arrived on the coast of North America and enter­ed the Strait of Juan de Fuca on 29 April 1792.

Vancouver decided to use small boats for detailed exploration and surveying because it was too dangerous for the large unwieldy ships. Over the next few days in two such boats he and his men charted many points and inlets such as Birch Bay, Point Roberts, Point Grey, Burrard Inlet, and Howe Sound.

After arriving back at the two larger ships they continued north through Johnstone Strait and Queen Charlotte Strait, around the north end of Vancouver Island and down to Nootka Sound. There Captain Vancouver met Spanish Naval Captain Bodega y Quad­­ra (Figure 2), with whom he had a very cordial relationship.

The two captains began negotiations regarding the sovereignty of their respective nations over the lands in the Pacific Northwest but were unable to complete any agreement because of the lack of adequate instructions from home.

From 1792 to 1794 Vancouver’s crews explored and surveyed the Pacific coast (Figure 3) as far north as Cook Inlet near present-day Anchorage, ruling out the possibility of a northwest passage. During these explorations many locales such as inlets, bays, and towns were named by Vancouver.

In total Vancouver named about 200 places in the Pacific Northwest during this historic voyage. Finally, in September 1794, they sailed for home via California, Mexico, and Chile, then around Cape Horn and up the Atlantic Ocean to St. Helena to arrive back in England in October 1795.

Homecoming: Vancouver scorned
Vancouver’s expedition was indeed remarkable. “The voyage produced an impressively accurate nautical chart of over 1700 miles of unknown coastline and effectively disproved one of the greatest geographical myths of the era while solidifying British claims of sovereignty against Spain.”[7]

Despite this Vancouver did not receive much welcome upon returning to England. His great achievement was overshadowed by the country’s conflict with France, which had de­clared war in 1793. And while many of his allies were away at sea, his enemies at home were making his life miserable. Thomas Pitt launched personal attacks, challenged him to a duel, and even assaulted him on a London street.

In addition, the Admiralty delayed paying Vancouver for 2 years and did not even reimburse him for his own expenses on the voyage. So at the end of a great seafaring expedition lasting 41/2 years, Captain Vancouver came home not to fame and fortune but to humiliation and poverty.

Vancouver’s health: Diagnostic speculation
The medical record of the crews aboard HMS Discovery and HMS Chatham was remarkable; there was only one fatality due to poisoning and one due to dysentery on the entire voyage, and the men arrived home in general good health. Unfortunately the same could not be said for Captain Vancouver, who suffered numerous medical and psychologic problems during and after the voyage.

He also suffered from episodes of “bilious colic,” a term that in those days did not necessarily mean biliary colic but instead attacks of severe abdominal pain of any cause. Therefore he likely had irritable bowel syndrome, gallstones, or both, while his fever and joint pain suggest the possibility of inflammatory bowel disease or connective tissue disorder.

Naish[9] also suggests the possibility of renal disease, which may have been secondary to a streptococcal or viral infection contracted during Vancouver’s earlier stint in the Caribbean.

The treatments Vancouver receiv­ed during the voyage from the ship doctor would likely have contained toxic substances such as mercury and arsenic, so one must also consider iatrogenic factors as another cause of his medical problems. Whatever the exact clinical diagnoses, it is very likely that the psychological stresses that Vancouver suffered contributed significantly to his physical deterioration and eventual death on 12 May 1798.

Conclusion
Captain Vancouver’s account of his voyage was completed by his brother and published in 1798.[10] After his death Vancouver received many honors that eluded him in life.

Statues of Vancouver are proudly displayed in his hometown of King’s Lynn, England, at Vancouver City Hall, and atop the parliament buildings in Victoria, British Columbia. In addition to the places that carry his name in the Pacific Northwest there is Mount Vancouver on the Yukon-Alaska border, Cape Vancouver and Vancouver Peninsula in Western Australia, and Vancouver Arm in Dusky Sound, New Zealand.

On 22 June 2007 a ceremony at the Vancouver Maritime Museum com­memorated the 250th anniversary of his birth and a stamp was unveiled in his honor. Age of Sail explorer Captain George Vancouver had finally received the recognition he deserved.

This article has been peer reviewed.

Dr Greenstone is a family physician in Surrey, BC. 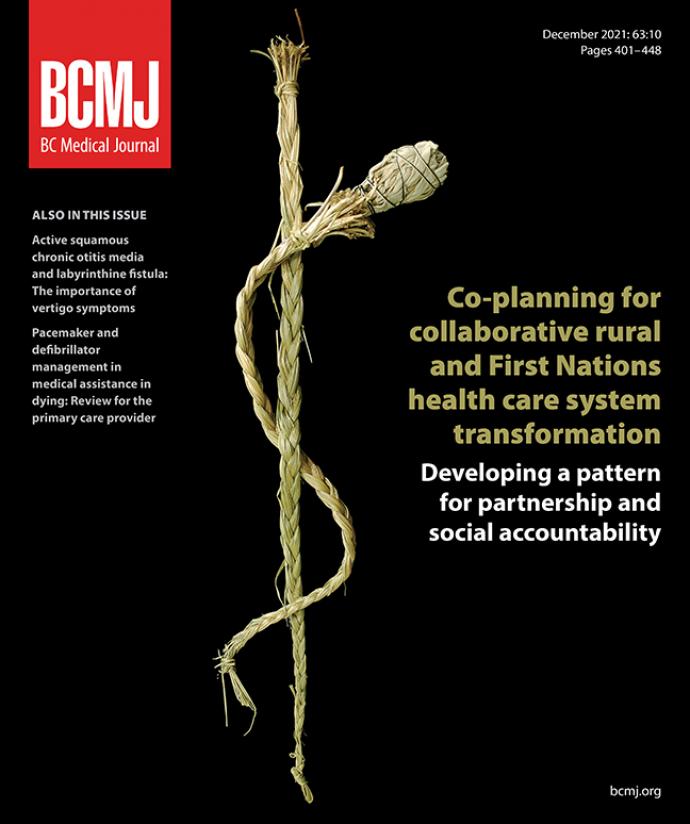