The British Columbia Medical Journal welcomes article submissions from BC medical students and offers writing prizes for the best submissions accepted for publication.

The prize recognizes a BC medical student’s significant achievement in writing an article without any physician coauthors. The student may have received feedback or advice from a physician, but the degree of feedback should be below the threshold of coauthorship, as defined on our Author Form. The article may have multiple student coauthors. The prize is $750 and recognition in the BCMJ. The winner is selected from all eligible articles published in the BCMJ in a calendar year.

The prize recognizes a BC medical student’s significant achievement in medical writing as part of an author team that includes physicians. The prize is $750 and recognition in the BCMJ. The winner is selected from all eligible articles published in the BCMJ in a calendar year.

By presenting these prizes, the journal hopes to encourage BC medical students to experience the challenges and rewards of medical publishing, to enrich the content of the journal, and to inspire the next generation of authors.

The J.H. MacDermot Writing Awards honor John Henry MacDermot (1883–1969), who became the editor of the Vancouver Medical Association Bulletin in 1932. Dr MacDermot, who would spend 34 years as editor, oversaw the transition from the Bulletin to the BC Medical Journal in 1959, and stayed with the journal for 9 more years, until 1968. Dr MacDermot also served as BCMA president in 1926.

Dr MacDermot was born in Kingston, Jamaica, completed high school in Kingston, and enrolled in medical school at McGill University in 1901. He graduated from McGill in 1905 and was licensed to practise in British Columbia in 1906.

After practising for short periods around BC, Dr MacDermot settled in Vancouver in 1909 and ran his private practice until his retirement in 1958.

During the First World War Dr MacDermot held the rank of Captain in the Canadian Army Medical Corps and saw service in Canada (1915–1919).

As a keen student of the history of medicine in BC, Dr MacDermot conducted exhaustive research on numerous aspects of the subject in preparation for a book called History of Medicine in BC. Unfortunately, Dr MacDermot passed away before completing the book and his work was never published.

In addition to his lengthy tenure as editor of the VMA Bulletin and the BC Medical Journal , Dr MacDermot served the medical community in several other capacities. He was president of the VMA in 1916, and president of the BCMA in 1926. He was a senior or honorary life member of several medical organizations including the CMA, the College of Physicians and Surgeons, and the VMA, who honored him with the title of Prince of Good Fellows and Osler Lecturer. 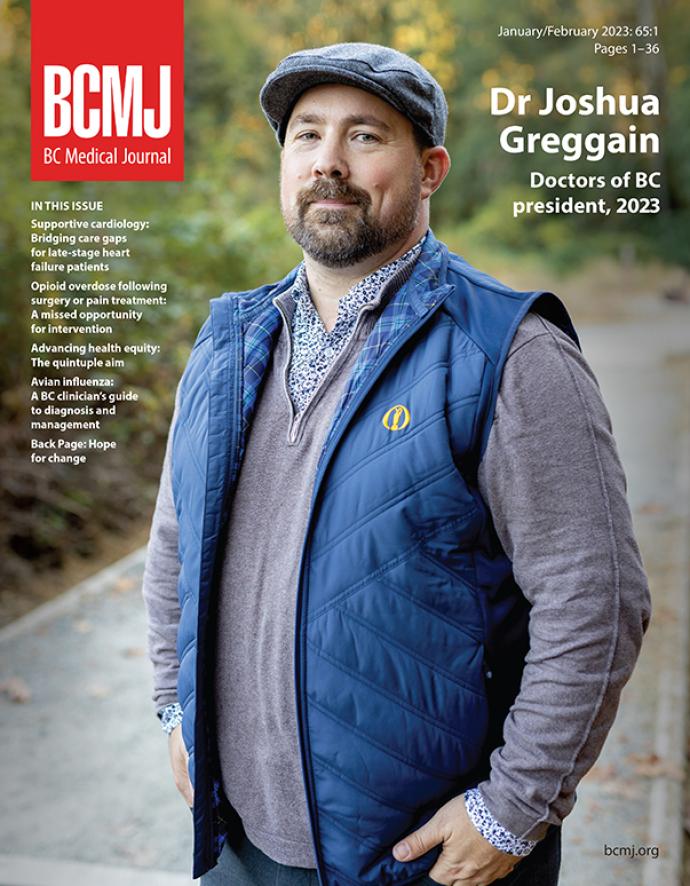