High volume is obviously good business, but it is probably bad medicine. Can a new way of looking at inequality help us see through the weeds?

The most common thing that one doctor might discuss with another doctor in British Columbia is undoubtedly the preposterous differences in doctors’ incomes within a universal, supposedly comprehensive, taxpayer-funded health care system. While there have been many attempts by many well-intentioned people to correct this inequality, it still exists. To a certain extent we have internalized these inequalities, similar to the way people in another age thought of kings and aristocrats as having a different life than peasants, with as little hope of change.

Bell curve (also known as Gaussian) thinking is good for values that do not have huge variation. This is what makes the bell-shaped statistical distribution so good at dealing with things like human heights. The average height of the 7 billion humans on the planet is 170 cm. We all know what the curve looks like. On the x-axis is the actual measured height and on the y-axis is the number of humans with this height. Forget the obvious male/female and geographic differences for now. The curve looks like a bell with the peak at 170 cm. We know that how wide the bell is from the standard deviation; in this case let’s assume it is 10 cm. So if one walks out 10 cm on either side of the mean at 170 cm then you know that 66% of people on the planet will have a height between 160 cm and 180 cm. If you walk out two standard deviations, or 20 cm on either side of the mean then 95% of people on the planet will be in this group between 150 cm and 190 cm.

Further out on the curve, the chances of finding taller or shorter humans decrease exponentially. Very precise mathematical probabilities of this happening can be calculated. An event happening 20 standard deviations (20 × 10 = 100 cm) from the mean has a calculated probability of one in many trillions in this distribution. However, in real life we know there has never been, and probably never will be, a human being who is 170 + 200 = 370 cm or who is 170 − 200 = −30 cm! This fact demonstrates the difference between real life and a statistical description of real life. The latter is just a model, so it is an approximation. A well-known expression in statistics is that all models are wrong, but some models are more useful than others. Mathematical models are always approximations of real life.

Power law thinking is good for values that vary over orders of magnitude. It is good for describing the weights of fish in the ocean that vary from smaller fish at perhaps 1 kilogram to whales at 100 000 kilograms. Human characteristics like height, weight, jumping ability, and IQ measurement tend to cluster around a mean. There will be exceptional human beings in these characteristics, but no human will weigh 1 million pounds or jump 50 feet (on Earth, at least). Here the bell curve rules.

However, there are many other areas of nature that do not cluster around a mean. They vary wildly and can be better described with a power law distribution. This gets its name from the fact that things vary according to an exponent on a number. So if the exponent is positive, things get big really quickly as the exponent gets bigger. If the exponent is negative, they get smaller really quickly. This is the world of money. Power law distributions in their most extreme form say that the top person has more than the second person and everyone below them, the second person has more than the third person and everyone below them, and so on.

Think of all the fish in the ocean. Most are really small and a few are really big. This is where a power law distribution rules. Power law statistical distributions are not shaped like a bell curve; rather, they start way up high on the y-axis, which represents the many small fish, and rapidly concave down to almost zero way out on the x-axis, representing the very few blue whales in the ocean. Pretend for a minute that this is the case for humans. In this case most humans would be under 10 cm tall and a few would be as big as Mount Everest. The average for both these distributions would be the same, but it would be meaningless to talk about this average in a power distribution. One large whale or one Bill Gates alters the number too much. This is what would be so unintuitive were this the case for a human characteristic like height. Humans do not think exponentially about these things. However, our biological senses do perceive things in this way. For instance, our hearing senses a doubling of a frequency as one octave in music.

To see a power law distribution in all its elegance you have to swish down the two axes of the curve by changing the scale logarithmically; 10 becomes 1, 100 becomes 2, 1000 becomes 3, and so on. With this manipulation, the curve that starts high on the y-axis and exponentially descends to the x-axis to become a straight line.

BC doctors’ incomes might vary over a couple of orders of magnitude—say, tens of thousands of dollars to millions of dollars. This is where a power law distribution is a more useful description than a bell curve distribution.[2]

Inequality has become a hot button issue in the politics of Western liberal democracies. It has been brought into focus recently by the 2013 book Capital in the Twenty-First Century, by Thomas Piketty.[3] In the book, which boasts over 1 million copies sold, Piketty argues that capital grows at 6% annually and wages only at 2%, leading to progressively more wealth inequality over generations. His solution is a global wealth tax.

Some argue that inequality is just a direct and natural outcome of the progressive increase in diversity of goods and services that grows from the inherent human instinct to trade since the Neolithic age.[4] It seems that income is far more unequally distributed than human abilities. This is called the ability-income paradox. Historically inequality has only been leveled by some major crisis like a mass mobilization war, a revolution, or a plague.[5]

The inequality issue also plays out with the approximately 13 000 doctors in BC. If you look at the Doctors of BC data (see Resources) from a bell-shaped point of view, you can see that there are outliers. This is true whether you look at individual doctors in their respective area of practice groups or at individual specialities in the whole group of 13 000 BC doctors. These high-dollar practices are high-volume practices, which is obviously good business but probably not good medicine.

I should explain the word probably here. There is no doubt that doctors doing a higher volume of some procedure do it better than those with lower volumes when one considers complications. This is why things like colorectal surgery in Crohn disease patients are best done at a specialized centre like Providence Healthcare. There is not 10-times-the-money financial incentive for the doctors involved in this type of better care unit to do more cases.

These types of huge incentives inevitably lead to a certain relaxation of the indications for a procedure, which leads to higher volumes, which leads to increased cost of complications.

If you are in one of these high-volume, high-income practices, I am not suggesting you are evil. You are just doing what is in your economic best interest. I would certainly do the same, as would most of us.

You can cherry-pick whatever number you find most inflammatory from the data; for instance, just over 1% of family docs (72 of 6096) bill over $600 000, but over 60% of eye doc do (133 of 218); or only one anesthesiologist makes over $1 million a year, yet 23 cardiologists do. This type of small framework cherry-picking only stirs up emotions and is a waste of time.

In the private sector, if you pay a small group of software engineers 10 times what the other software engineers get, people will quickly switch to the better paid work. That doesn’t happen in medicine as the economic barriers to entry are too high for switching to the 10-times-the-money work.

No one doubts the incentive structure in BC’s health care is screwed up. Charley Munger, the Yoda-like billionaire sidekick of Warren Buffet, is fond of saying that if you are able to work on incentives, then don’t work on anything else. It is far past time that the Doctors of BC change some incentives.

There are many “What if we just do this?” scenarios. Many have been suggested and some tried. We have seen readjustments, capitation, relative value, salary, and other fixes for our fee-for-service fee schedule. The problem is that any change in a set of rules inevitably leads to unintended consequences, which can be worse than if things were just left alone.

There is a realization now that when it comes to societal issues, great damage can be caused by those rare far-from-the-mean outliers. This is the so-called tail risk in today’s statistical vernacular. One simply has to turn on the nightly news to see it manifested.

Under the Health Practitioners Act of British Columbia, the Minister of Health has vast power. This power is usually not exercised as it comes with responsibility, and when things don’t go perfectly, a de-election plays out in short order. It’s time for us to do something about physician income inequality before the government does.

2017/18 - Distribution of Physicians By Payment Range

5.    Scheidel W. The great leveler: Violence and the history of inequality from the stone age to the twenty-first century. Princeton, MA: Princeton University Press; 2017.

Dr Elliott is a staff anesthesiologist at Providence Healthcare in Vancouver. 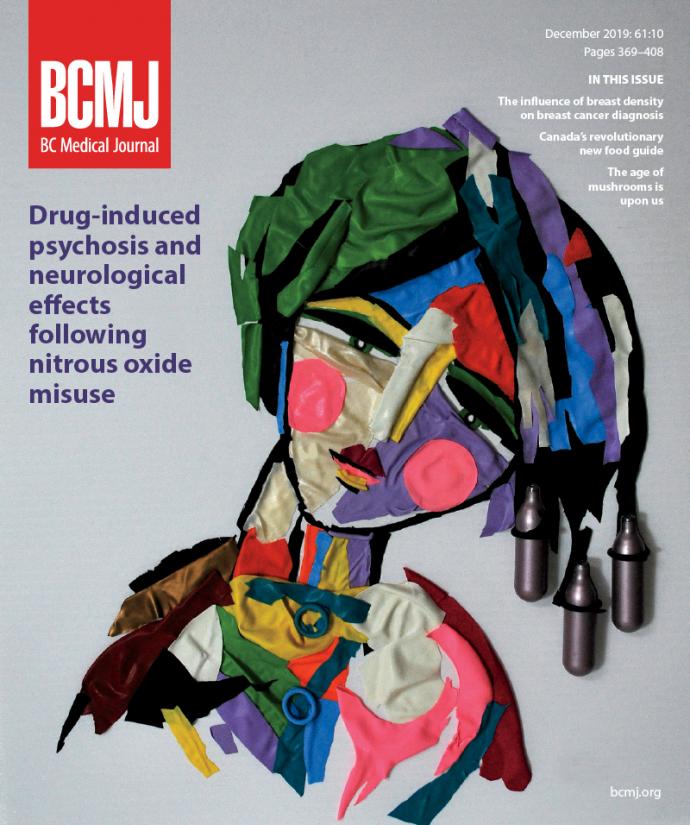