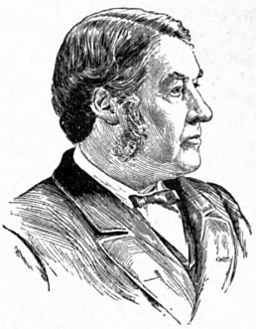 This year we are celebrating Canada’s 151st birthday. New Brunswick, Nova Scotia, and the newly delineated provinces of Ontario and Quebec were proclaimed the Dominion of Canada on 1 July 1867. It was a dazzling sunny day; brass bands played in most towns and cannons fired in salute. In Halifax, the British Colonist newspaper headlined that “The days of isolation and dwarf-hood are past.” Of course, there were nay-sayers too. The Halifax Morning Chronicle mourned: “Died! Last night at 12 o’clock, the free and enlightened Province of Nova Scotia.” On the waterfront the effigy of Sir Charles Tupper, MD, one of the founding fathers, was burned alongside a live rat.

Historical retrospection often makes people appear larger than life, but our image of Dr (and later Sir) Charles Tupper as a giant is accurate. Among his many accomplishments, he was a huge figure as a physician, politician, Premier of Nova Scotia, federal cabinet minister, Prime Minister of Canada, founder and three-time president of the Canadian Medical Association, chair of the committee creating Dalhousie Medical School, and promoter of a transpacific cable service and a fast Atlantic steamship service. In his spare time he was chief medical officer of the city of Halifax, member of the surgical staff of the city hospital, and president of the Medical Society of Nova Scotia.

Charles Tupper was born in 1821 in Amherst, Nova Scotia. His father was a pastor of the local Baptist church and his mother was described as a pious woman. He was schooled at home. At age 18 he apprenticed for 2 years with Dr Ebenezer Fitch Harding, then traveled to Edinburgh to study medicine. He received his MD degree at age 22, in 1843. Back in Amherst he opened his practice along with a drug store. He was a country doctor, often traveling on horseback to visit the sick, and doing everything from surgery to pulling teeth.

Charles Tupper became involved in politics through the influence of James W. Johnston, a family friend and leader of the Conservative Party in Nova Scotia. His political career was based on the belief that Nova Scotians should downplay ethnic and cultural differences and focus on developing their vast resources. He advocated opening markets and promoted a steady growth of population through immigration. He committed his party to expand railway networks and to improve the system of public education. He introduced taxes to support state-subsidized nondenominational common schools. He became a forceful advocate of Confederation, envisioning a country “stretching from the Atlantic to the Pacific.”

Historical details also reveal some chinks in Tupper’s political armor. His partisanship led one newspaper to describe him as the “most despicable politician.” Not unlike contemporary politicians and government leaders, he was combative, and according to his opponents, he was pompous. A review of his controversies, dissents, fights for or against taxes, party loyalty or the lack of it, trade wars, and promotion or defeat of large-scale projects make a complex list, but in the end his friends agreed that in his long and varied career he remained ever a physician. Rumor had it that he kept his medical bag under his seat in the House of Commons. Dr Tupper died in 1915, at the age of 94.
—George Szasz, CM, MD