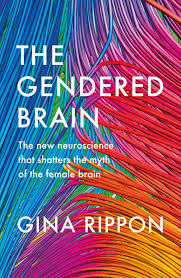 Brains are not naturally male or female, is the thesis put forward by neuroscientist Gina Rippon in a new book, The Gendered Brain: How Neuroscience Explodes the Myths of the Male and Female Brain.

The reason for what is believed to be a fundamental difference in male and female personalities, cognitive advantages, and ways of thinking is not a natural endowment of maleness or femaleness, but the result of what is put into the brain to be made into the male and female mindset. In most human cultures men’s and women’s brains receive messages that women are weaker, less analytical, more emotional, to be excluded from political power, confined to domestic life, subjugated by husbands, and considered inferior under the law.

Dr Rippon, professor of cognitive neuroimaging argues that, “a gendered world produces a gendered brain.” The brain accepts stereotypes as offered by the prevailing culture and provides mind development and guidance accordingly.

Dr Rippon surveys the history of scientific efforts to find gender-based differences between men’s and women’s brains. In the past these included efforts to measure brain volume and skull shape to predict that intelligence is linked to brain size. More recent brain-scanning technology was first thought to be able to identify gender differences in anatomy and function, but the interpretations turned out to be faulty. Rippon’s view is that finding what is not there is like having self-fulfilling prophecies built into the project of cognitive science.

Critics of Rippon suggest her argument is culturally deterministic: when it comes to the brain it is all culture and no biology. Humans are products of nature and nurture. What Rippon insists is that when it comes to the brain’s functioning, it is mostly in response to nurture. Her thesis is of great medical and social importance; the problem is that studying the brain’s functioning is akin to trying to pull ourselves up by our own shoelaces.
—George Szasz, CM, MD

Suggested reading
Rippon G. The gendered brain. The new neuroscience that shatters the myth of the female brain. Bodley Head; 2019.